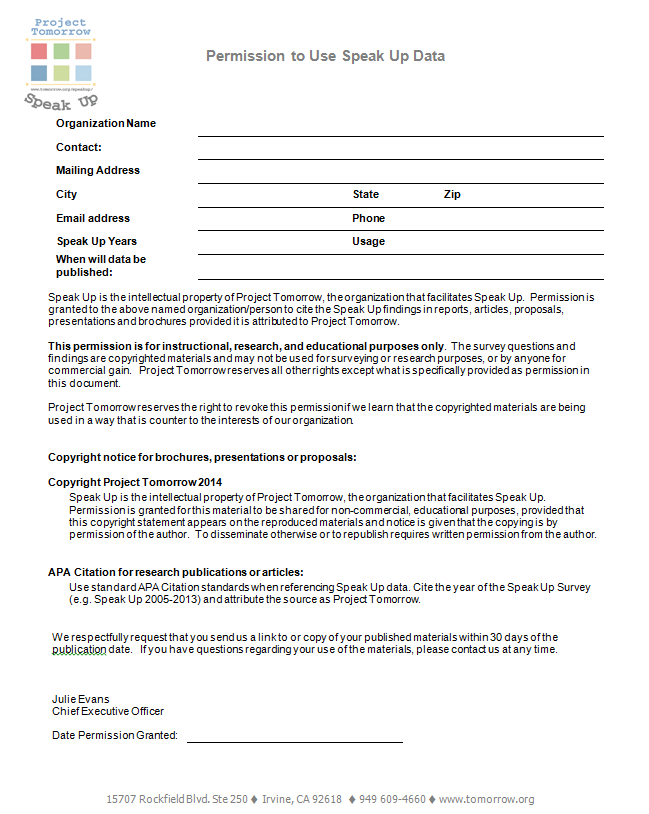 While books, poems, art, and even films have all been used to teach English-language arts to students, some teachers have taken a new route by incorporating digital games into their classrooms. Fullbright Company’s game, “Gone Home,” tells the story of Katie Greenbriar, who comes home to an empty house and missing family members after spending a year abroad. Unlike traditional video games, “Gone Home” focuses on the story rather than leveling up; critics have praised the game as a new way of storytelling, and it has made its way into classrooms as a substitute for traditional text due to its non-linear story that forces players to explore the game’s surroundings and create their own narrative and conclusions.

Toronto-based teacher Paul Darvasi began using “Gone Home” in his all-boys English class in 2013. He created objected for students around various subtopics, such as “1995 Archeology” in which students found objects from the year the game was set. The findings of each subtopic was then presented through PowerPoint, where students were assessed on their presentations. In order to individually assess the students, Darvasi required students to write game reviews and track subtopics via screen shots and notes from the game – all of which correlated to the Common Core State Standards. “In a sense, it played out similar to a typical literature unit,” Darvasi said. “Except that you are substituting written text with a game’s text.”

“Gone Home” has not only affected classrooms in the North America, but international classrooms as well. Alexander Husoy, an English teacher in Norway, came across Darvasi’s blog posts about the game and teamed up with Darvasi to co-deliver the unit in fall 2014. Students from both schools collaborate through blog posts, private Facebook groups, and even Google Hangout in order to create their final project assessments.

Last fall, the 2014 Speak Up survey asked students questions about digital games in the classroom, such as “What would be the benefits of having video, online, or digital games as a part of your regular schoolwork or classroom activities?” Find out the results from this question and more when we release our Speak Up 2014 data in early February – in the meantime, you can view past data and reports here.

Interested in learning more about “Gone Home” and its use in the classroom? Read the original article, “‘Gone Home’: A Video Game as a Tool for Teaching Critical Thinking Skills” by Ki Sung (MindShift), or visit the official “Gone Home” website. 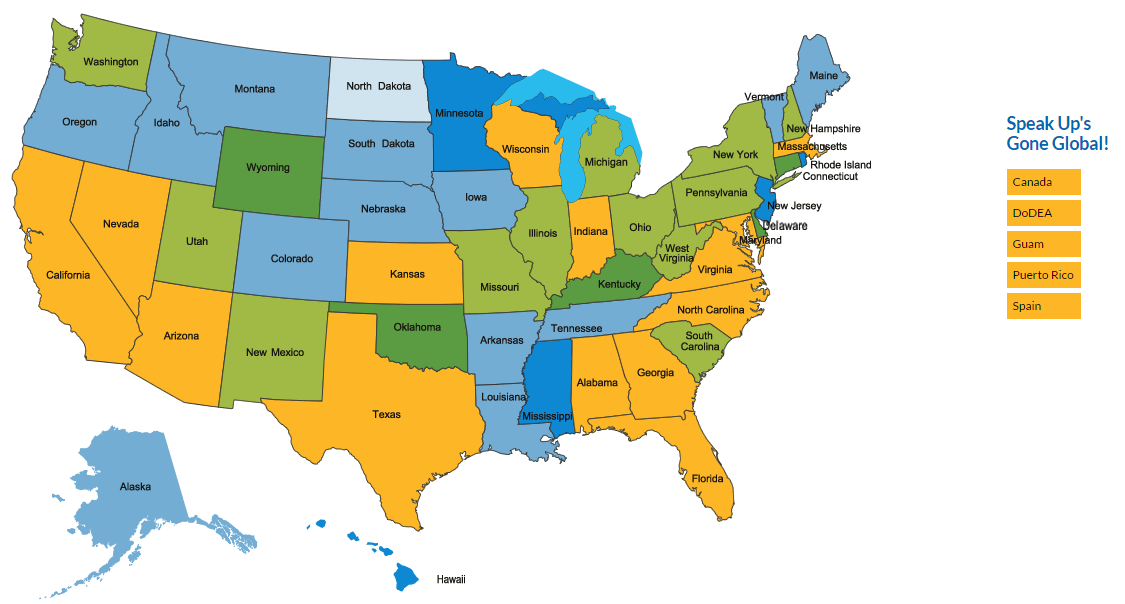 How did your state, school, and district do? Click on the above map or check out the information below:

Start learning about the aspirations of your district at http://www.speakup4schools.org/speakup2014/. Speak Up 2014 is open for input through Friday, December 19th, 2014, with survey data released in February 2015.

This is a special blog post by ISTE CEO Brian Lewis. The International Society for Technology in Education (ISTE®) is the premier nonprofit organization serving educators and education leaders committed to empowering connected learners in a connected world. ISTE serves more than 100,000 education stakeholders throughout the world. Learn more about ISTE at iste.org.
It’s not every day that educators have access to a direct, efficient opportunity to instantly impact the future of education. But that’s certainly the case for those who take just a few minutes to complete Project Tomorrow’s 2014 Speak Up Survey through Dec. 19
By completing the brief survey – it takes only about 15 minutes – you’ll be making your voice heard from classrooms to the halls of Congress, from state capitols to boardrooms. You’ll also be ensuring that policymakers are making important program and funding decisions based upon real data from real education stakeholders.
And you’re not only assisting Project Tomorrow and others in the ed tech ecosystem, you’re helping ISTE. We use annual Speak Up Survey data to inform our policies, programs and initiatives, so your survey responses provide a double dose of influential data. And while we’re at it, we’d like to encourage other policy organizations to turn to Speak Up data to direct their initiatives. What better way to assure you’re meeting the needs, interests and vision of your members?
With so many factors creating challenges in schools today – Common Core, online assessments, changes to student populations, student safety and ever-advancing technology, to name a few – it’s profoundly important that education leaders share their opinions. And the Speak Up Survey is a straightforward way to make sure educators’ voices are heard.
If you need an additional incentive to participate, all who complete the survey by Friday, Dec. 12 will be entered to win a free registration for ISTE 2015 in Philadelphia. Complete the survey on National Speak Up Day, Wednesday, Dec. 10 and you’ll be entered into a separate ISTE 2015 registration drawing. Conference registration winners will also join Project Tomorrow CEO Julie Evans for dinner in Philadelphia and can use the time to pick her brain on all topics related to digital learning.
So, please, sit down for just a few minutes and Speak Up.
This is a special blog posting by Julie Evans, CEO of Project Tomorrow, to share some selected , preliminary data findings from Speak Up 2014 (data collected from November 25th from 16,200 parents of school aged children nationwide). The final data results will be published in a series of national reports in spring 2015.
Mobiles for learning?  Parents say yes!
Over the past 12 years, some of the most significant data findings from the Speak Up surveys have revolved around mobile devices and their use within the classroom.  While we continue each year to uncover new findings about how teachers and students are using laptops, tablets and smartphones to support learning, both in school and at home, I think the data from parents about their opinions on mobile learning, and their willingness to support this trend should be of equal importance to school and district leaders.  Parents not only mobilists themselves (users of mobile devices) but increasingly they also see these devices as essential learning tools for their children.
When asked to identify the benefits of student use of mobile devices within instruction, parents’ top responses in this year’s Speak Up surveys reflect a triad of core advantages associated with digital learning.
First, parents see mobile devices as providing their students with a gateway to increased access to learning content, most notably online textbooks (71 percent).   Parents place a high value on the role of digital content within learning today – and laptops, tablets, digital readers and even smartphones are an easy and convenient way for students to use that content anytime, anywhere.  The component of “anywhere learning” is further facilitated by the second core advantage of mobile devices.  Parents like the idea that their children could use a mobile to review class materials afterschool (67 percent), thus extending the learning day beyond the traditional 3 pm school bell.   This extension of the classroom experience, enabled by the mobile devices, also appears to yield an additional benefit of improving school to home communications for many parents as well (59 percent).  Finally, the third core advantage of mobile learning is the idea that these compelling, always on devices can increase student engagement in learning.  Almost 6 out of 10 parents say that increasing student engagement is a significant benefit of incorporating laptops and tablets within classroom instruction; teachers and administrators agree!
Parents’ perceptions about the benefits of mobile devices are more than a hypothetical discussion however.  Half of all parents of school aged children who completed a Speak Up survey  this year said they would like their child to be in a class where he/she could use their own mobile device to support learning.   While administrators’ views on BYOD (Bring Your Own Device) policies is changing, this vote of approval for that kind of policy change should be a wakeup call for many school districts today.  Equally compelling for district leaders, parents appear to be willing to support that aspiration with a financial investment.  While 14 percent of parents say that they have already purchased a mobile device for their child to use specifically in school for academic purposes, an additional 44 percent say they would be willing to purchase a device for their child to use in class   if school policy allowed for that.
Want to understand how supportive your school parents are for mobile learning?  Every school and district that participates in Speak Up and promotes the surveys to their parents, students and staff, receives a free report with both local and national data findings.  Speak Up 2014 surveys are open for input until December 19.  Local reports will be available February 5.  Here is your link to the surveys:  http://www.speakup4schools.org/speakup2014/